Since 1940, the Warren County Historical Society (WCHS) has been working to preserve and present the heritage of Warren County as well as Southwest Ohio. We are the current stewards of the collection, ensuring its safety for the next generation. WCHS owns and operates Harmon Museum, Glendower Mansion, the Armstrong Conference Center and the Beedle Log Cabin. As a 501(c)3 non-profit, we rely on donations from generous benefactors. With help from our wonderful membership and volunteers, we hope to continue to serve for many years to come.

​In the Spring of 1940, several citizens of Warren County decided to take up the task of chartering an organization to preserve the county’s history. Over the next 75 years, the Warren County Historical Society (WCHS) has grown to include four properties, several staff members and dozens of volunteers. One cannot talk of the founding and prosperity of WCHS without crediting Hazel Spencer Phillips. Although Hazel herself acknowledged that the idea to begin the society came from members of the Hill History Club, Mrs. Phillips was a key leader and driving force for the organization’s first three decades. The timing of the WCHS’s founding coincided with the April 27, 1940 festivities surrounding placement by the Daughters of the American Revolution (D.A.R.) of a marker at the Golden Lamb, designating it as Ohio’s oldest hotel. Lebanon rallied in support of The Golden Lamb’s honor, displaying antiques in windows throughout town, running a commemorative edition of The Western Star newspaper, and welcoming Governor Bricker to the ceremony. It was during this nostalgic occasion of celebrating local history that the WCHS was chartered. The first WCHS meetings were held at the Golden Lamb.
On May 3, 1940 members of the community and representatives from various civic and patriotic organizations met at the Golden Lamb to further discuss the possibility of creating a county historical society. Another meeting was scheduled for May 14, which would mark the beginning of the Warren County Historical Society. On Friday May 17, 1940 a constitution for the organization was drafted, based on templates provided by the Ohio Archeological and Historical Society (now Ohio History Connection). They decided that it was “wise to have the entire membership to divide itself into groups in which each might find opportunity to follow the line of historical interest which suited him most. These would include genealogy, marking of landmarks, restoration of points of historical interest, collections, etc.” (The Western Star, May 23, 1940) The society also “planned to have a representative officer in each of the eleven townships of the county and to create interest in the organization and its objectives in each locality,” pointing out that “every part of the county is rich in historical interest” (ibid).
The first officers elected were elected on June 7, 1940: Charters Maple, President, Audrey Townsley as Vice President, Louise Herrick, Secretary and Doris Hawke as Treasurer. Early meetings of the Warren County Historical Society were held monthly at various locations, including the Golden Lamb, Memorial Hall (formerly at the corner of E. Silver St. and Mechanic St.) and at the homes of members. Meetings consisted of historic-themed lectures presented by guest speakers and members, and plans to grow the society were also discussed. With the appearance of the newsletter (now the Medallion), meetings became bi-monthly. A year and a half into WCHS’s existence on December 7, 1941, Pearl Harbor was attacked, disrupting American life for the next four years. WCHS however continued to grow during this chaotic time. The society began acquiring artifacts from its first days. These collections were housed in the homes of members and at the Golden Lamb.
The need for a permanent home for WCHS and its collections was recognized, so when Ladora Scoville Owens, daughter of Dr. S.S. Scoville, died in 1944 the society launched a campaign to purchase her 1840s Floraville mansion, Glendower. Although Mrs. Owens had planned to donate her home to WCHS upon her death, her will stipulated that it went to her family, forcing the society to raise $10,000 (equivalent to about $146,140 in 2020) at the height of the war. Glendower, a Greek Revival style mansion, was originally built by Mr. and Mrs. J. Milton Williams, c1840. It was named for Owen Glendower, the last Welsh Prince of Wales. The home later belonged to Civil War General Durban Ward. WCHS arranged to turn ownership of Glendower over to the Ohio Archeological and Historical Society (OAHS), because WCHS did not have the operating funds to run Glendower as a museum. These arrangements with OAHS came with an agreement that Glendower would serve as a Warren County history museum.
​     In the months prior to turning Glendower over to OAHS, the museum saw over 1,200 visitors with Sunday-only admissions. Hundreds of people turned out on Presentation Day, October 21, 1945, when the Warren County Historical Society officially presented the deed to Glendower to Governor Frank Lausche, the State of Ohio and OAHS. The affair was celebrated throughout Lebanon. City shop windows were decorated with colonial decorations, and WCHS members from throughout the county wore historical costumes for the occasion. In its first year, Glendower had over 8,000 visitors. OAHS operated the mansion with the help of WCHS volunteers. In 1946, OAHS appointed Hazel Spencer Phillips assistant to the supervisor of the restoration projects of the Durban Ward House (Glendower) and the Harriet Beecher Stowe House (in Cincinnati) (Dayton Herald, March 30, 1946, p. 3). 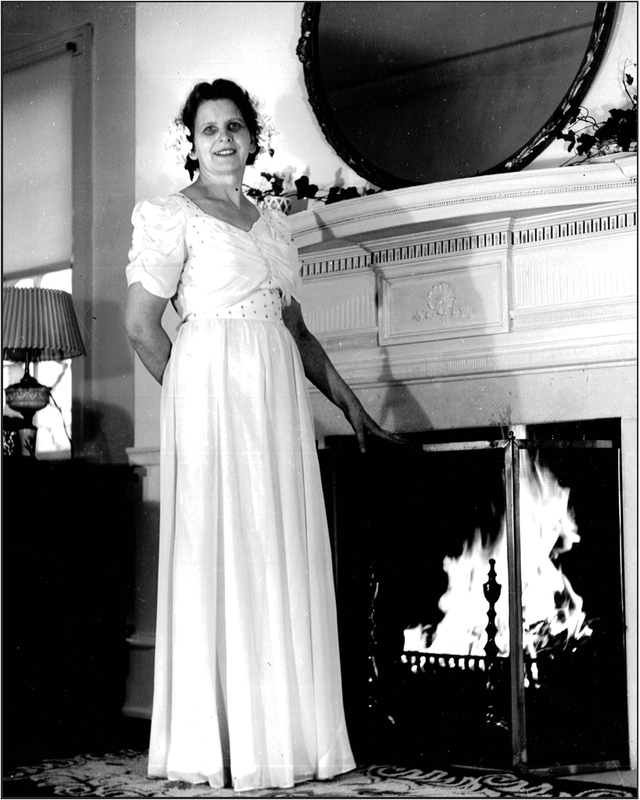 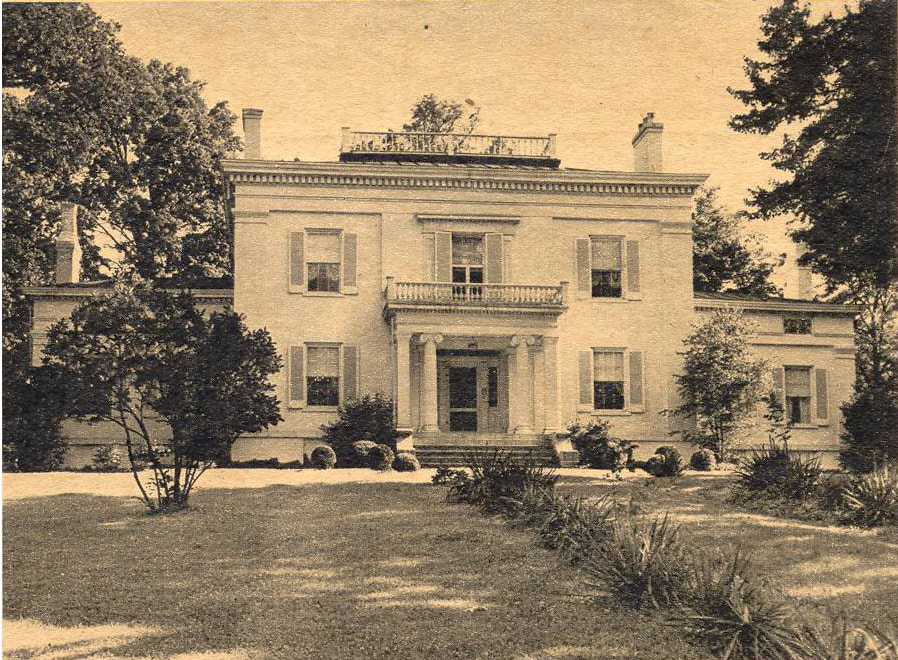 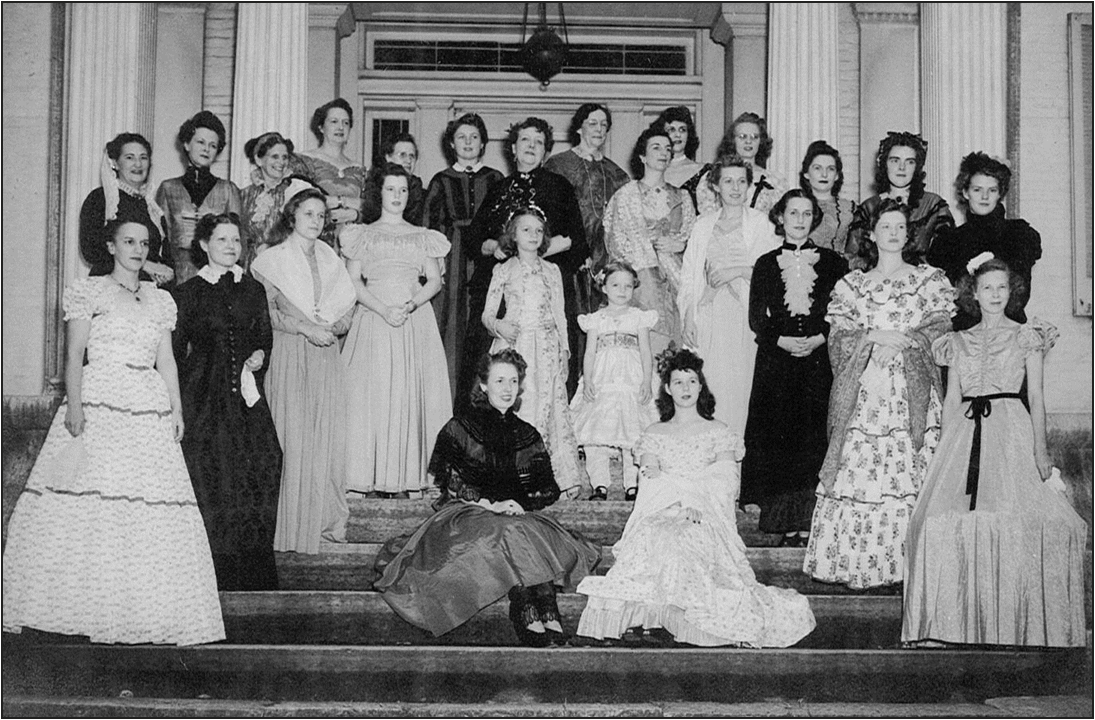 Hazel also wrote regular pieces for The Western Star newspaper titled “Our Museum,” which focused on artifacts and donors associated with Glendower. New WCHS acquisitions were displayed at Glendower, and the two organizations worked well together. The museum regularly hosted school groups from throughout the county, scout troops, other historic organizations, and guests from all over the country. Membership in the late 1940s was between 50-100 people, and meetings were held on the fourth Monday night of each month. Members enjoyed an annual dinner at the Golden Lamb, as well as an annual picnic of grilled hamburgers at sunset at Fort Ancient. The society issued awards to school students and scouts for history essays. WCHS held its first Pilgrimage in 1946, an annual event allowing guests to tour several historic homes in the county. This remained one of the society’s most popular annual fundraising events for several years.
WCHS continued to accumulate historical artifacts and to offer research assistance and educational programs throughout the 1950s. They began microfilming Warren County records and newspapers by the early 1950s. These were available to researchers at Glendower. In 1953 the newsletter was renamed “Warren County HistoricaLog” and was published monthly. The HistoricaLog consisted of one page, dedicated to updating the membership on the organization’s agenda, needs, acquisitions, events and meetings and news surrounding its members. The annual Pilgrimage continued, and was one of the most profitable fundraisers. Members indexed county cemetery records, census records, and provided the information to researchers at Glendower. Meetings were held at various locations, often the Golden Lamb, members’ homes, and at Glendower. By the mid-1950s WCHS was raising funds for a building of their own, “to house records, special historical items and a meeting room.” Historicalog July 23, 1955. The August 1955 Historicalog commemorated the 10th anniversary of Dedication Day, and subtly condemned OAHS’ decision to reduce Glendower’s hours, showing early signs of tensions between WCHS and OAHS. In November of 1958, further concerns about WCHS’ relationship with OAHS were explored in a joint meeting to discuss the care of the WCHS’ artifacts at Glendower, the effects on these pieces while the museum was closed during the winter, and the lack of storage for WCHS holdings not located at Glendower. The Historicalog predicted that, “Sentiment in favor of the Society [WCHS] initiating necessary action to have control of Glendower Museum to Warren County Historical Society is growing and 1959 is expected to see this matter become the #1 project once the storage project is resolved.”
The immediate problem of storage was temporarily resolved when WCHS rented an apartment on Cherry Street to store items not on display at Glendower. Tensions between WCHS and OAHS came to a head in the spring of 1959 when OAHS announced that Glendower would open without Mrs. Phillips as its curator. They cited “a conflict of interests”—her commitment to WCHS—as the reason. Public outcry from business and civic leaders and members of the community forced OAHS to reconsider their decision. When Glendower opened on April 1, 1959, a month later than scheduled, Hazel was once again at her post as curator. The incident severed the already frayed relationship between the two organizations. WCHS did not hold back in the April 11, 1958 Historicalog: “The state society officials have clearly showed that they have no regards or concerns for the county society or the taxpayers in the county that help make possible their salaries every payday. They intend to have their own selfish way no matter what, and unless an organized effort is maintained within the county to remind them that Warren County does not intend to roll over and play dead, they will not be changing their minds.”
Hazel Spencer Phillips continued her duties as curator for the next two seasons, but in October of 1960 she announced her retirement. WCHS gave up hope that Glendower would serve as the county museum they envisioned fifteen years earlier when they presented the deed to the state. With Hazel no longer caught between both organizations, they were free to open the county history museum they had always wanted. Their two obstacles were getting their artifacts back from the Ohio Historical and Archaeological Society and procuring a building of their own. Retrieving the artifacts proved to be the more difficult obstacle. Although OAHS released some to the county society in 1960, it was not until 2009, two years after Glendower was returned to WCHS, that the two organizations came to an agreement over the remainder of the collections. Items are still being found and returned. 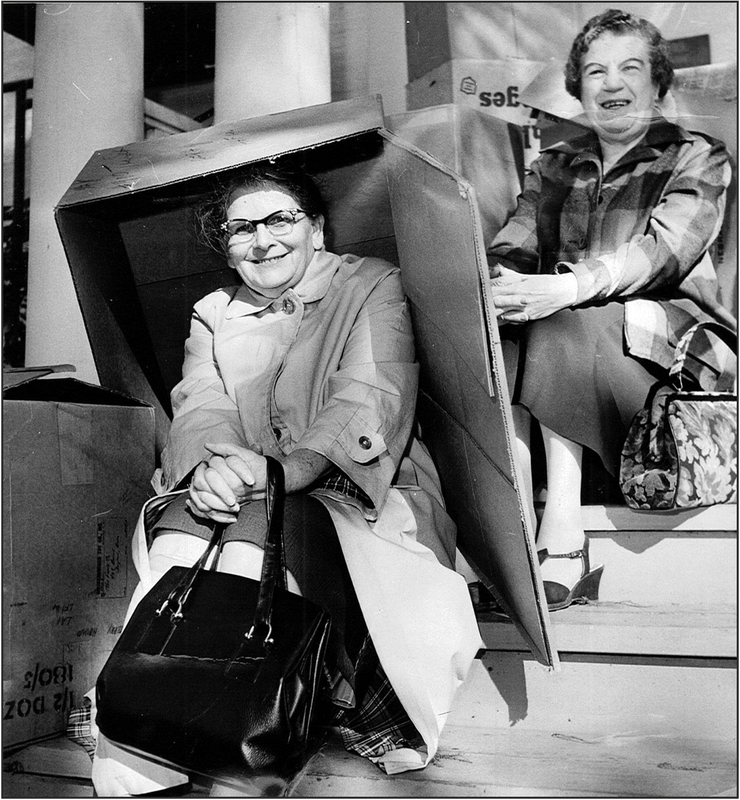 WCHS was much luckier in finding a building when the Harmon Civic Trust agreed to lease Harmon Hall to be used as the museum. On January 11, 1961 WCHS moved into Harmon Hall and began a years-long cleaning and renovation project. The museum’s formal opening coincided with the annual Pilgrimage on June 10th and 11th of the same year. Hazel Spencer Phillips was the appointed curator, but was named museum director the following year. Plans to build the Village Green were discussed later that year after members visited a traveling exhibit from Greenfield Village (the Henry Ford Museum in Dearborn, Michigan) in nearby Monroe, Ohio, and were inspired by the small buildings. Lebanon architect Delbert Langhorst was hired to design the exhibit space, and volunteer carpenter Carl Cowan led the construction. The Butterworth Pioneer Room was finished in 1962. Once settled into a home of their own, the Warren County Historical Society expanded its education programs and lectures, making it one of the most respected local history museums in the state. As a result, the museum’s collections and memberships continued to grow too, as did Hazel Spencer Phillip’s notoriety. She often travelled as a guest speaker to other museums, and was a hostess to many esteemed lecturers in Lebanon as well. She wrote several local history books, and appeared on radio and television shows, including the Ruth Lyon and Phil Donahue programs. She suffered many health setbacks in the years following, and even survived a violent home robbery in which she was locked in a closet overnight during a failed arson. Although her health limited her time at the museum, Mrs. Phillips remained dedicated to the historical preservation of Warren County. Hazel Spencer Phillips died in July of 1979 at the age of 83. Her influence can still be seen in every area of the museum today.

- The article "Hazel Spencer Phillips and The Birth of The Warren County Historical Society" was written by Lynley Dunham and originally appeared in the May 2015 HistoricaLog.